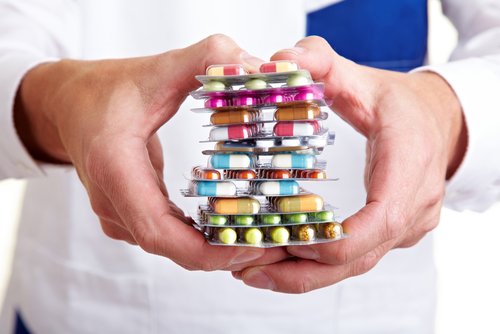 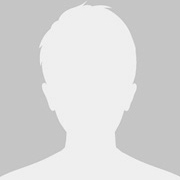 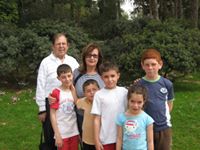 Up in Smoke: Cannabis is NOT a “quick Fix” for the Opioid Epidemic

The current U.S. opioid epidemic has led several states to follow the adage “Desperate times call for Desperate measures”. These states are considering making Opiates Use Disorder (OUD) an indicated condition for treatment with medical marijuana. These “quick fix” proposals are not based on scientific rigorous studies but rely on self-reports by a small percentage of medical marijuana patients with chronic pain indicating a decrease in opioid use and improved quality of life since starting medical marijuana (Reiman et al. 2017). The evidence to support this expansion of medical marijuana to address the opioid crisis is limited, lacks risk/benefit analysis and is evidently controversial (Humphreys and Saitz 2019). Hanig (2018) posits that extending the use of cannabis for the management of OUD has relied on the following un-proven arguments: a) cannabis should be used in the withdrawal phase and other time points of recovery from OUD; b) cannabis efficacy has been demonstrated in such treatment; and c) cannabis is implicitly safe for use in the management of SUD.
Population-level reports stating that laws allowing medical cannabis use are followed by fewer opioid overdoses are methodologically compromised and erroneously interpret correlation with causation (Powell et al. 2015). Furthermore, the aggregate population associations (e.g., between medical cannabis and opioid overdose) may be opposite of those seen within individuals (Humphreys and Saitz 2019). In the only individual-level analysis study of a nationally representative sample, medical cannabis use was positively associated with greater use and misuse of prescription opioids (Caputi and Humphreys 2018). A large prospective study of cannabis use as a substitute for opioids for chronic pain was associated with more subsequent pain, less self-efficacy in pain management, and no reduction in prescribed opioid use (Campbell et al. 2018).
There is significant overlap in endogenous opioid and cannabinoid brain systems. Animal models testing youth addiction vulnerability suggest that exposure to cannabinoids during adolescence produces long-lasting alterations in prefrontal and reward circuits and increased heroin self-administration in adulthood. A review of animal studies by Szutorisz and Hurd (2016) concluded that adolescent females treated with a cannabinoid agonist before mating had progeny that exhibited increased morphine sensitivity. Furthermore, increased heroin self-administration in adult offspring with germline THC exposure was reported.

Increased availability of cannabis will contribute to the expansion of cannabis use in adolescents. Youth cannabis use appears to increase the risk for opioid initiation and for the development of OUD (Kaminer 2017). Humphreys and Saitz (2019) conclude that “In light of lack of evidence that cannabis will result in a tapering of opioid dose, all cannabis associated risks should be considered as an addition to those of opioid use to avoid exacerbation of the problem. If cannabis is a recommended medicine, it should be held to medical standards”.

Humphreys K, Saitz R: The evidence that cannabis is an efficacious treatment for opioid use disorder is weak. Should physicians recommend replacing opioids with cannabis? JAMA, Feb 1, 2019.
Kaminer Y: The denial of the association between youth cannabis and opiate use: A “Split Brain Syndrome” ? Substance Abuse 38(4):367-368, 2017

The history of medicine is replete with examples of raw plants that contain therapeutically useful substances (Quinine, aspirin, digitalis, morphine) but which are themselves unsafe while inconsistent in content. A medication’s dynamics, effects, safe therapeutic range and route of delivery, and adverse effects must be known. Unregulated research with uninformed subjects in treatment by “Bud-Tenders” (workers in dispensaries that have no degree in pharmacology or medical profession) is unsafe and unethical if not illegal (Hanig 2018)

In the context of the opioid epidemic and continued rising rates of opioid overdose deaths, there has been growing public interest in the possibility that medical marijuana might curb or prevent opioid misuse and reduce associated negative sequelae (Powell et al. 2015). and highly variable, with some studies showing harm and other studies showing possible benefit. Neurobiologically, and the preclinical literature paints two pictures related to the effects of cannabinoids on opioid administration (Robledo et al. 2008). Animal models using adult rodents have shown an opioid sparing effect of cannabinoids, suggesting that cannabis may reduce use of opioids related to pain (Nielsen et al. 2017). Conversely, animal models testing youth addiction vulnerability suggest the opposite relationship, showing that exposure to cannabinoids during adolescence produces long-lasting alterations in prefrontal and reward circuits and increased heroin self-administration in adulthood (Ellgren et al. 2006). Few studies have been published to date examining the association between cannabis and opioid use in humans. An ecological opioid overdose mortality analysis of state-level data comparing death rates in states that permit and do not permit medical marijuana was recently published showing that opioid overdose deaths were approximately 25% lower in states permitting medical marijuana (Bachhuber et al. 2014). This should be interpreted cautiously given the difficulty in controlling for confounding variables in ecological state-level data. Results from an online survey of medical marijuana patients with chronic pain indicated that these patients self-report a decrease in opioid use and improved quality of life since starting medical marijuana (Boehnke et al. 2016). Data from the National Epidemiological Survey on Alcohol and Related Conditions (NESARC), a longitudinal study using a large sample of nationally representative U.S. adults, showed that cannabis use at wave 1 was associated with a greater odds of opioid misuse and of developing an OUD 3-years later at wave 2 (Olfson et al. 2018). This association remained significant after controlling for a number of confounding variables and showed a dose-response relationship between cannabis use frequency and the risk for developing an OUD, with 2.9%, 4.3%, and 4.4% of occasional, frequent, and very frequent cannabis users at wave 1 going on to develop an OUD by wave 2, compared to 0.5% of nonusers of cannabis. Another study examining data from 6000 high school students in Connecticut over a period of 12 years found that youth who used marijuana had a 14-fold increase in non-medical prescription opioid misuse and a 4-fold increase in heroin use compared to non-marijuana users (Kaminer 2017). Clinically, there is very little data to support that cannabinoids represent a treatment or substitute for opioids or OUD. A small number of human trials have examined the impact of cannabinoids on opioid withdrawal, and have not shown any robust effects. (Lofwall et al. 2016; Bisaga et al. 2015).

In summary, complex relationships exist between cannabis and opioid use. Preliminary findings in this area suggest that while cannabis could provide benefit for a subgroup of adults with chronic pain and more severe opioid use that youth cannabis use appears to increase the risk for opioid initiation and for the development of OUDs. Given these findings, youth who use cannabis may be considered an at-risk group for OUDs, should be treated accordingly with early interventions for cannabis use and secondary prevention around opioid initiation. More research is critically needed in this area to improve our understanding of cannabis-opioid interactions and to characterize possible harms and benefits of cannabis use on opioid misuse and related health outcomes in different age groups.