Background
Early restoration and maintenance of coronary flow in the infarct related artery is crucial to achieve optimal outcomes in the setting of acute ST-segment elevation myocardial infarction (STEMI). Timely mechanical reperfusion using stent-assisted primary percutaneous coronary intervention (PCI) provides superior results compared with pharmacological reperfusion.1 Optimization of periprocedural and long-term antiplatelet and antithrombotic regimen is required to inhibit platelets and coagulation cascade both playing a key role in thrombus formation to further improve survival and reduce future cardiac events. 2 The importance of platelet inhibition was first highlighted in the second International Study of Infarct Survival (ISIS-2) in which aspirin (162.5 mg daily) by mechanism of inhibiting the thromboxane A2 formation resulted compared with placebo in highly significant reduction in 5-week vascular mortality (9.4% vs. 11.8%, respectively) by practically the same magnitude as with fibrinolytic agent streptokinase.3 Overall, aspirin allowed avoiding ~25 deaths and 10 to 15 nonfatal reinfarctions or strokes at short-term follow-up after acute MI. Later randomized studies showed that the benefit provided by aspirin persists well beyond the short treatment period.4 Two other dedicated randomized controlled trials in patients with STEMI, CLARITY-TIMI 28 and COMMIT/CCS-2 demonstrated that the addition to aspirin of clopidogrel able to block the P2Y12 subtype of adenosine diphosphate (ADP) receptor on platelet cell membranes, further improves infarct-related artery patency and reduces ischemic events including mortality in patients with STEMI.5,6
A delayed onset of action of clopidogrel along with the broad interpersonal variability in levels of platelet inhibition potentially increases the risk of ischemic events particularly in the urgent setting of primary PCI.7 The search for the safest and most effective antiplatelet agent to use in the acute and chronic care of patients with STEMI is being continued. Prasugrel, a third generation thienopyridine, and ticagrelor, a non-thienopyridine antiplatelet drug, are two newer agents with amplified antiplatelet activity as compared with clopidogrel, recently have been added to the arsenal of antithrombotic drugs to manage ACS based on the results of two large-scale randomized, double-blind, placebo-controlled trials.8,9 Patients with STEMI represented 30.0% and 40.5% of the entire study population in TRITON-TIMI 38 trial and PLATO trial, respectively. 8,9 Two subgroup analyses from these trials provide essential data on the outcomes of patients treated with prasugrel or ticagrelor compared to clopidogrel in the setting of STEMI.10,11 An important message from the both sub-analyses is the safety of newer antiplatelet agent versus standard treatment. Neither prasugrel nor ticagrelor increased the rates of non-CABG related major bleeding, the primary safety endpoint, defined by the protocol definition or by TIMI scale.

Main outcomes of STEMI population in the TRITON-TIMI 38 Trial
In a subgroup of 3,534 patients with STEMI, the primary endpoint of cardiovascular death, non-fatal MI or stroke occurred significantly less frequently with prasugrel compared with clopidogrel both at 30 days (6.5% vs. 9.5%, p=0.0017) and at 15 months (10.0% vs. 12.4%, p=0.02).10 Remarkably, patients with anterior STEMI derived significant 40% relative reduction in the rates of primary endpoint (9.8% vs. 16.3%, p=0.0003) while there was no benefit of prasugrel over clopidogrel in patients with non-anterior infarctions (10.1% vs. 9.9%, p=0.87). Significant reduction with prasugrel of definite or probable stent thrombosis as defined by the Academic Research Consortium (ARC) definition in the primary PCI group is another notable finding of the study (at 30 days: 1.1% vs. 2.5%, p=0.014; at 15 months: 1.5% vs. 2.7%, p=0.047). The detailed analysis of stent thrombosis in TRITON-TIMI 38 may be found in another dedicated report.12 In contrast to the main TRITON-TIMI 38 trial, in the STEMI sub-group analysis, prasugrel did not increase the rates of non-CABG related TIMI major or TIMI life-threatening bleeding. However, the finding of higher rate of CABG related bleeding with prasugrel as compared with clopidogrel (18.8% vs. 2.7%, p=0.003) was present in STEMI patients likewise in the entire trial population.

Critical appraisal
• The differences in the primary endpoint were mainly evident in patients who received late PCI (n=1,094 or 32% of patients with STEMI) designated by the authors as a “secondary PCI” meaning the patients who were enrolled between 12 hours to 14 days (median time 47.5 hours, interquartile range 26.3-88.2 hours) after symptom onset (6.4% vs. 12.3%, p=0.0008) while there were no significant differences in primary endpoint in patients who received early (within 12 hours; median time 4.2 hours, interquartile range 2.7-7.0 hours) [n=2,438; 68% of patients with STEMI] mechanical reperfusion (6.6% vs. 8.2%, p=0.14).
• No separate data on the frequency of definite and probable stent thrombosis (ST) have been presented in the STEMI population.10,12 Given the ARC definition of probable ST includes sudden death within 30 days (not infrequent post STEMI due to fatal arrhythmia) the rates of actual stent thrombosis may be lower.
• The relatively late timing of study drug administration in TRITON-TIMI 38 (72% of the patients received the study drug just during the PCI) might have resulted into “attenuation” of clopidogrel efficacy due to lacking time to achieve the sufficient level of antiplatelet activity (a 300-mg loading dose of clopidogrel requires at least 4 to 6 hours to achieve its maximal effect). Higher (a 600-mg) loading dose of clopidogrel known to reduce early ischemic events and stent thrombosis in patients with STEMI was not allowed in the trial.
• Comparison of outcomes at early and late follow-up shows that the advantage of prasugrel over clopidogrel with regard to the primary efficacy endpoint existed at 30 days, while no such benefit was observed at 15-month follow-up.
• Although urgent CABG surgery in the setting of STEMI is infrequent, the almost 7-fold increase in the rates of major bleeding post CABG is disturbing.

Main outcomes of STEMI population in the PLATO Trial
In the PLATO trial, a total of 7,544 patients had STEMI (typical symptoms along with ST-segment elevation of ≥1 mm in at least 2 contiguous leads for at least 20 min) on admission and were intended to be treated with mechanical reperfusion within 24 hours from symptoms onset, hence being more close to the real-life setting of primary PCI for STEMI.11 In harmony with the key efficacy outcome in the entire PLATO population, in patients with STEMI on admission, the primary endpoint of death from vascular causes, MI or stroke, tended to be lower with ticagrelor compared with clopidogrel (9.4% vs. 9.8%, p=0.07). The interaction term between the treatment assignment, the primary efficacy endpoint and the type of ACS was not significant evidencing that the treatment effect of ticagrelor was consistent in STEMI population. Once the study population was increased to 8,430 patients by adding 886 patients with left bundle branch block at presentation and patients who have been diagnosed with STEMI on discharge, there was a statistically significant reduction in the primary endpoint in favor of ticagrelor (9.3% vs. 11.0%, p=0.02). In addition, in ticagrelor arm there was a significantly lower incidence of individual endpoints of all-cause death (9.8% vs. 11.3%, p=0.05) and of MI (4.7% vs. 5.8%, p=0.03). The mechanisms of how ticagrelor affected survival are not known. Survival benefit in favor of ticagrelor may be related to PLATO trial design itself in which patients were randomized early from ischemic symptoms onset (within 24 hours) relative to TRITON-TIMI 38 trial (within 72 hours); beneficial effect of ticagrelor vs. clopidogrel may be more prominent with earlier initiation of antiplatelet therapy. In addition, given ticagrelor prevents adenosine reuptake by red blood cells it may potentially improve microcirculatory flow and reduce size of infarction. In a randomized, double-blinded, placebo-controlled multicenter trial of adenosine as an adjunct to reperfusion in the treatment of acute myocardial infarction (AMISTAD-II), 70-microg/kg/min adenosine infusion correlated with smaller infarct size and fewer clinical events.13
Furthermore, patients treated with ticagrelor had significantly lower rates of ST by each of the used ARC definitions including definite/probable/possible ST (3.3% vs. 4.3%, p=0.04), definite/probable ST (2.6% vs. 3.4%, p=0.05) and, importantly, definite ST (1.6% vs. 2.4%, p=0.03). Another report from the PLATO, showed that the benefit of ticagrelor over clopidogrel in the reduction of definite stent thrombosis was numerically greater for late compared with subacute and acute ST.14
In line with the main trial, treatment with ticagrelor was associated with significantly higher occurrence of stroke (1.7% vs. 1.0%, p=0.02) due to higher incidence of non-hemorrhagic stroke (1.2% vs. 0.8%, p=0.06).
The lack of increased rates of major and life-threatening bleeding as well intracranial bleeding and bleeding in the setting of CABG, using ticagrelor as compared with clopidogrel both in the entire trial and among the patients with STEMI is a robust safety outcome of the newer antiplatelet agent.

Critical appraisal
• In contrast to TRITON-TIMI 38, in the PLATO trial the patients were enrolled into the study no later than 24 hours from the clinical presentation and before the PCI, and non-blinded treatment with clopidogrel was allowed. In fact, approximately 45% of the study population received clopidogrel before the randomization. Furthermore, 600 mg loading dose of clopidogrel was also allowed and was in fact received by approximately one third of the study population. Thus, the maximal antiplatelet effect of clopidogrel has been likely achieved in almost half of the patients in the clopidogrel arm increasing its strength as a comparator treatment.
• Although PLATO design is somewhat more close to the scenario of early mechanical reperfusion which aims specifically at myocardial salvage in patients with STEMI, primary PCI within 12 hours from the randomization was performed in 72% of the study population and not all patients (81%) had PCI within the index hospitalization.
• No data have been provided whether ticagrelor was more effective compared with clopidogrel as a function of infarct related vessel. Several treatments have been shown to provide benefit in the LAD infarcts while having no advantage in the non-LAD infarcts. An increased risk of bradycardia was a principle exclusion criterion in the PLATO, possibly lessening enrollment of patients with non-LAD infarcts complicated by conduction disturbances.
• Dyspnea was significantly more frequent in the ticagrelor group (12.6% vs. 8.4%, p<0.0001) although dyspnea resulting in premature discontinuation of the drug was rare (0.5% vs. 0.1%, p=0.0004).
• Although Kaplan-Meier curves seem to separate steadily in favor of ticagrelor for the duration of follow-up, no formal landmark analysis has been presented to judge definitely whether the benefit of ticagrelor over clopidogrel appears early (at 30 days) and/or at later follow-up.

Conclusion
Recent developments in pharmacotherapy for ACS have remarkably broadened the choices of antiplatelet agents to overcome limitations of clopidogrel and to achieve maximal platelet inhibition. Prasugrel and ticagrelor, two newer antiplatelet agents, allowed compared with clopidogrel, further improvement of ischemic outcomes in patients with STEMI with certain differences in the safety profile between the drugs (significantly higher rates of non-CABG related bleeding with prasugrel and a trend towards higher incidence of ischemic stroke with ticagrelor). Based on the results of the randomized TRITON-TIMI 38 and PLATO trials, the current ACCF/AHA Guidelines recommend a loading dose of one of the P2Y12 receptor inhibitors as early as possible or at the time of primary PCI to patients with STEMI giving class I indication and level of evidence B (data derived from a single randomized study) to clopidogrel 600 mg, prasugrel 60 mg or ticagrelor 180 mg.15 The ESC Guidelines differ from the ACCF/AHA recommendations and endorse either prasugrel or ticagrelor leaving the place for clopidogrel only for the situations when newer antiplatelet agents are not available or are contraindicated.16 However, as follows from two subgroup analyses, neither TRITON-TIMI 38 nor PLATO represented a trial specifically in STEMI population, and both analyses are not free from the methodological flaws further challenging a question on the optimal antiplatelet regimen in the setting of STEMI. The data from a dedicated prospective randomized controlled trial in STEMI population are welcome and should provide the highest level of scientific evidence to guide treatment. Given both platelets and thrombin activation play a key role in pathogenesis of STEMI, inhibition of both is necessary to effectively and steadily interrupt the coagulation cascade. A combination of antiplatelet and antithrombotic agents with the most efficient and safe profile for both acute and chronic care of patients with STEMI still has to be defined. Whether newer antiplatelet agents are as effective and as safe as clopidogrel after 30 days post ACS should be clarified, especially keeping in mind low cost of generic clopidogrel nowadays. In any case, a personalized approach with careful risk-versus-benefit analysis of ischemic and bleeding complications accounting for compliance with medication use will remain the key rule in choosing an antiplatelet agent in patients with STEMI. 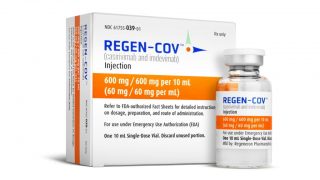